The Technical Studies Company of Oran by abbreviation S.E.T.O was created in 1979 in Oran, placed under the tutelage of the Ministry of Public Works, it was transformed into EPE, on November 13th , 1989, in the form of joint-stock company.

The Technical Studies Company of Oran by abbreviation SETO was created by decree N ° 79,129 of July 28th , 1979 in mono unit located in Oran, placed under the supervision of the Ministry of Public Works, it was transformed into EPE, the November 13th , 1989, as a joint stock company, its current share capital is four Twenty (90) million dinars.

The purpose of the SETO is to provide studies and control of works in the field of transport infrastructures: roads, highways, civil engineering works, aerodromes, railways, roads and various networks.

The company has seen a steady increase in production. It participates in all stages of studies of the East-West Highway and has conducted studies for large-scale projects and in different conditions (expressways, aerodromes, roads in difficult terrain, research and implementation of route in area desert ..... Etc.) the current strength is of the order of 179 agents. 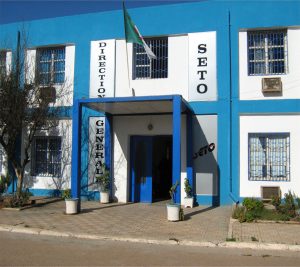